From Tvs To Wearables, These Were The Products That Made A Mark At IFA 2020

IFA 2020 was definitely a different kind of tech event what we’ve seen in the past. Normally, IFA draws the biggest attendance in Europe, as people flock to Berlin to see the latest in consumer electronics right before the holiday shopping season. This year was scaled back by design, with the COVID-19 pandemic limiting attendance to exhibiting companies and press. 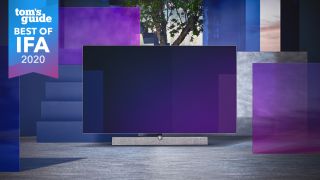 We didn’t make it to Berlin for IFA 2020, but we did watch from afar, and were impressed by the many new products on display. This year’s show featured plenty of exciting technology to keep an eye on in the coming months.

From laptops and wearables to smart appliances and home entertainment gear, here are the best product unveiled at IFA 2020.

We love to test a laptop and find out that it has all-day battery life, so we were utterly shocked when Acer announced its next Spin 7 laptop would have days (yes, plural) of endurance on the same charge. That boost in battery life isthanks in part to the new Qualcomm Snapdragon 8cx Gen 2 5G compute platform, which allows it to jump on both flavors of 5G (mmWave and sub-6 GHz), so you can get your ultra-fast connectivity no matter which version is in your neighborhood. Plus: the Spin 7’s “steam blue” chassis with gold accents makes for a really elegant cherry on top. — Henry T. Casey

The latest Philips TV caps off a year’s worth of releases with impressive nods to sight and sound. The Philips OLED+935 features four-side Ambilight technology aimed at delivering a more immersive experience. Several other OLED sets released by Philips feature just three-sided Ambilight, but the 935 bests them by projecting color from the bottom of the screen in addition to the top and sides.

In addition, the TV maker continues to team up with Bowers & Wilkins to include 70W 3.1.2 channel speakers in the Philips OLED+935. The set also includes the P5 artificial intelligence processor, a Perfect Natural Reality upscaling engine and Android TV and the Android 9 Pie smart TV platform. The 55- and 65-inch versions of the Philips OLED+935 ship this month, with a nicely compact 45-inch model following in October. — Philip Michael

Rugged GPS watches are hot and in-demand right now, and the €249.99 Honor Watch GS Pro from Huawei delivers almost everything you could want from a multisport wearable. From its G-Shock-like aesthetic and durable design to its trail-tracing Route Back feature and support for dozens of activities, the GS Pro is the adventurer’s ultimate accessory. Did we mention it has an epic 25-day battery life, too?

Of course, using GPS will cut the smartwatch’s stamina to just 48 hours, but even that’s leaps and bounds better than the mere 18 hours you get from the Apple Watch. The Honor Watch GS Pro’s battery life is also superior to many of the best sport watches, making it one of the more compelling wearables we’ve seen this year. — Kate Kozuch

Often when a company tries to make a simple product smarter, it instead makes the device more complicated. That’s not the case for Lenovo’s line of fabric-swathed smart clocks, which have always been very good clocks, as well as user-friendly home devices. The newest addition, the Lenovo Smart Clock Essential, is just $49, packs Google Assistant and, of course, displays the time.

Similar to the Amazon Echo Dot with Clock, the Lenovo Smart Clock Essential is designed to sit on your bedside, play some tunes and offer instant access to a voice assistant. This means you can control your other smart home devices, launch your favorite podcast, set reminders and more  — all without getting out from under the covers. — Kate Kozuch

TCL is hoping to prove you don’t need to spend big bucks to get truly wireless earphones. TCL’s MoveAudio S200 earbuds will cost €99 when they debut later this fall, and while we don’t know what that will translate to in the U.S., it’s pretty certain that the S200 will cost you less than rival earbuds like Apple’s AirPods.

The MoveAudio earbuds certainly look the part, coming in three different color options. (We like the teal version best of all.) Even with that low price, you can expect features like ENC noise reduction to filter out background noise and four built-in mics with beamforming technology for making sure that your voice comes through on calls. TCL promises 3.5 hours of playback time, though that jumps to 23 hours when you use the MoveAudio S200’s charging case. — Philip Michaels

The Panasonic Lumix S5 represents the ultimate in full-frame mirrorless cameras. The S5 packs a 24.2-MP sensor in a compact design with in-body image stabilization, and it offers Dual Native ISO for minimizing noise. The auto-focus is so smart on the Lumix S5 that it can detect the head, eyes, face and body.

On the video front, the Lumix S5 can shoot 4K footage at up to 60 frames per second. Other highlights include an OLED viewfinder and a 3-inch variable-angle LCD for maximum shooting flexibility. At $1,999 for the body only and $2,299 with the 20-60mm F3.5-5.6 kit lens, the Lumix is limited to serious photographers. But it could be one of the best mirrorless cameras ever. — Mark Spoonauer

There’s not much in the way of dirt and debris that will be able to escape the newly unveiled Neato D10 robot vacuum. When it ships in late October/November, this $899 vacuum will be able to capture allergens as small as 0.3 microns with its HEPA H13 filter. A pet mode should make the D10 particularly attractive to pet owners.

Like the other robot vacuums Neato showed off at IFA, the D10 uses IDAR-based mapping and can save up to three floorplans. A 6,200 mAh battery should keep the cleaning going for up to 150 minutes — long enough to bust dust and whatever other particles you pets care to deposit. — Philip Michaels