These are opinions of Tim Day, Senior Vice President and General Manager of Daylight Solutions:

Career into the photonics field:

The laser was still relatively young in 1980, but it had found its way into educational settings, including my high school physics classroom in San Diego. My teacher, Mr. Harris, was always very welcoming to me and he allowed me to play with the laser whenever I wanted to.

I remember sending the red beam through Ronchi Rulings (a form of diffraction grating), being astonished at the patterns that could be made and being intrigued about the way they varied depending on the invisible structure inside the grating.

Following High School, I studied physics (focusing on instrumentation) at San Diego State University – the Physics Department’s Optics program was outstanding and impossible to miss. I absolutely loved the courses with experimental optics in them, so I just kept signing up for them. 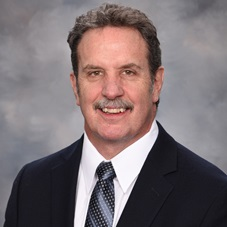 After I’d completed my BS in Physics, I stayed on at SDSU while my wife graduated, and at that point, I opted to study an MS in Physics with a focus on optics – I was truly hooked. After the MS, I traveled to Stanford to study in the EE department alongside Prof. Joseph Goodman before completing my Ph.D. and research with Prof. Robert Byer.

Both the MS and Ph.D. were responsible for introducing me to Optical Computing, Stable Lasers, and then Control Theory for work on Coherent Optical Communications and Gravity Wave Interferometers. It was all incredibly interesting, and you have to remember that this was happening during the 80s when there was so much rapid advancement in photonics happening globally.

After I’d graduated from Stanford, I really wanted to continue working in the field, but I was unsure where to go: government Labs like JPL or Livermore, industrial labs like Bell Labs or HP Labs, or different universities around the world?

It was at this point that I met Dr. Milton Chang. He persuaded me to focus on high tech start-ups in photonics because they could offer all those experiences and more. Dr. Chang invited Rob Marsland, Frank Luecke, and I to co-found New Focus with him, and we strode into the 90s, right at the center of the photonics revolution.

The advancement of frequency-stable lasers is certainly one. For me, this started out as a means of completing a Ph.D., but thanks to contributions from many others, the whole field was able to deliver laser sources that have proven to be invaluable.

Being able to witness advances in these fields has been a privilege. For example, the recent discovery of gravity waves using optical interferometers and stable lasers, the unrelenting increase in bandwidth via fiber-optic communications using increasingly stable lasers, and the beginnings of quantum computing using stable lasers to create and manipulate qubits – these have been simply wonderful to witness.

Furthermore, photonics advancements leading to advancements in defense and security, biomedical applications, and now the Internet of Things (IoT) are the foundation of the next generation of photonics breakthroughs.

Sorts of applications facilitated by lasers:

Very early in the history of photonics and indeed my career, the laser itself was the application or experiment. Following often heroic efforts to get the laser to possess a specific set of properties, the engineer or scientist would use it to publish an incredibly cool application of lasers that had those properties, and then they were finished.

These days, it is much more common to view the application itself as the goal of the piece of work, with the application utilizing the laser as a ready-made tool. There are great projects and endeavors happening right now, with people developing new types of lasers that have remarkable properties, such as the QCL.

There are now also huge areas and fields of research and applications that are using already existing lasers. That was certainly not the case in the early days when lasers were far less ubiquitous.

Discovery of the QCL affected the photonics industry:

The QCL has impacted on the photonics industry in a major way. Work undertaken in the 70s and 80s showed that the semiconductor laser would open up big applications because of its mass-manufacturing potential and affordability.

Unfortunately, these lasers were limited to wavelengths between the visible and near-IR. The QCL advanced semiconductor lasers can accommodate the mid- to far-IR, even as far as THz regimes! These wavelengths are vitally important to fields ranging from pharmaceutical, biomedical, and personalized medical monitoring, through to security and defense, and the IoT.

Before the advent of QCL, sources in these wavelength ranges needed bulky or expensive single-frequency lasers to be viable. The use of frequency conversion techniques was also common.

The QCL offers enormous wavelength flexibility, however, bringing high brightness, narrow linewidth, and high power to the mid- and far-IR via a semiconductor media which can be manufactured at high volumes with low costs.

Like photonics used in telecom, which uses near-IR semiconductor lasers as the source, QCL’s semiconductor nature has the potential to create significant opportunities for their use in exciting new markets.

Motivated you to form a company:

In 2004, New Focus was coming to the end of a 14 year period of rapid expansion with lots of M&A, an IPO, offshore manufacturing, and extraordinary development of visible- and near IR-compatible photonics products designed for the telecom, research, and semiconductor markets.

The markets for these wavelengths had very much matured, with dozens of companies now existing. The focus then was on commodity pricing and cost. At the same time, I wanted to be back in San Diego with that new-tech and entrepreneurial approach that New Focus had begun with. New Focus had also been sold via a merger with a large public company at the time, so that prompted me to start something new.

Daylight’s co-founders (Paul Larson, Sam Crivello, and myself), examined a range of photonics business plans that we felt we could have a positive impact on – including free-space communications and industrial lasers.

While at New Focus I was often asked if the company could provide frequency-stable lasers and systems, which could work with wavelengths longer than 2 um.

These repeated requests implied that an opportunity existed, so we explored applications in that specific wavelength range and discovered a significant unmet need in-breath diagnostics and general biomedical applications, as well as defense and security.

Every one of these opportunities was using expensive, bulky laser systems with nonlinear optics to demonstrate interesting applications in these wavelength ranges. Around the same time, we found out about semiconductor laser advances being developed by Princeton, Harvard, University of Neuchatel, and other organizations using the QCL which was invented by Prof. Federico Capasso and his team.

Before long we had combined the two, realizing that we could apply the telecom model of maturing semiconductor lasers to integrate them into solutions aimed at these new markets.

The end result of all this was that we launched Daylight Solutions to combine QCL sources with a tunable laser IP. We developed this with a view to offering solutions for the research, defense, and security and biomedical markets, using lasers that operate in the 3-12 um regime.

Main applications that the QCL has enabled:

The QCL has facilitated a range of vital applications in defense and security, for example, free-space communications, aircraft protection, active imaging in mid-wave and far-IR, and explosives detection.

The QCL has enabled rapid imaging of materials, such as advanced composites, plastics in manufacturing, and being able to sense remotely for any number of interesting molecules.

The QCL has also allowed effective molecular detection in liquids, thanks to its brightness, power, and tunability. This has enabled both tissue imaging and drug development applications when used in conjunction with similarly exciting advances in digital imaging using the mid- and far-IR.

I believe that the next decade of photonics will be highly analogous to the last decade of electronics. Both of these fields are following similar trajectories, from invention to curiosity leading to further research (for example, the transistor for electronics in the 40s, the laser for photonics in the 60s), through to application development, large-scale manufacturing and eventually deployment across a wide range of industries.

Photonics tends to exist where electronics were 20 years previously. I would anticipate mass deployment in industries outside of fiber optic communications. I think we will be seeing a substantial roll out and adoption in free-space communications, medical markets, defense, and the Internet of Things.

Our phones, homes, and businesses will see small, robust wirelessly connected photonics sensors and personalized photonics devices integrated directly into them. I also believe that we will be seeing major breakthroughs in highly advanced areas like quantum sensing and quantum computing using photonic components and subsystems.

Advice would you give to new graduate students:

My advice would be to remain curious, network as much as possible with experts and colleagues all over the field, and never give up on whatever you pursue. These are the keys to having a successful and exciting career.

Photonics is and will remain, fairly varied. Study hard and keep being curious, but do not worry too much about whether you picked the best project (in photonics) – there will be so many options that your focus will inevitably shift once you have graduated. It is more important to do well on whatever project you work on, building up teamwork skills, communication skills, and people skills.

Finally, once you have finished school, consider entrepreneurial environments! These environments offer tremendous scope for creativity, interacting with others, continuing to learn, and having a good time, while fundamentally doing good work, creating jobs and taking care of colleagues and families who will greatly benefit from your breakthroughs.