The ZTE Axon 20 5G. Shrinking phone bezels have made locating the front camera a major design point of phones for the past few years. We’ve seen big camera notches, small camera notches, round camera cutouts, and pop-up cameras. Rather than any of those compromises, the under-display camera lets you just put the camera under the display, and by peering through the pixels, you can still take a picture. It’s the holy grail of front-camera design.

As we’ve seen in explainers from Xiaomi, these under-display cameras work by thinning out the pixels above the display, either by reducing the number of pixels or by making the pixels smaller, which allows more light to reach the camera. In the area above the camera, manufacturers will have to strike a balance between a denser display with lower-quality camera results or better camera output in exchange for an uglier above-the-camera display. 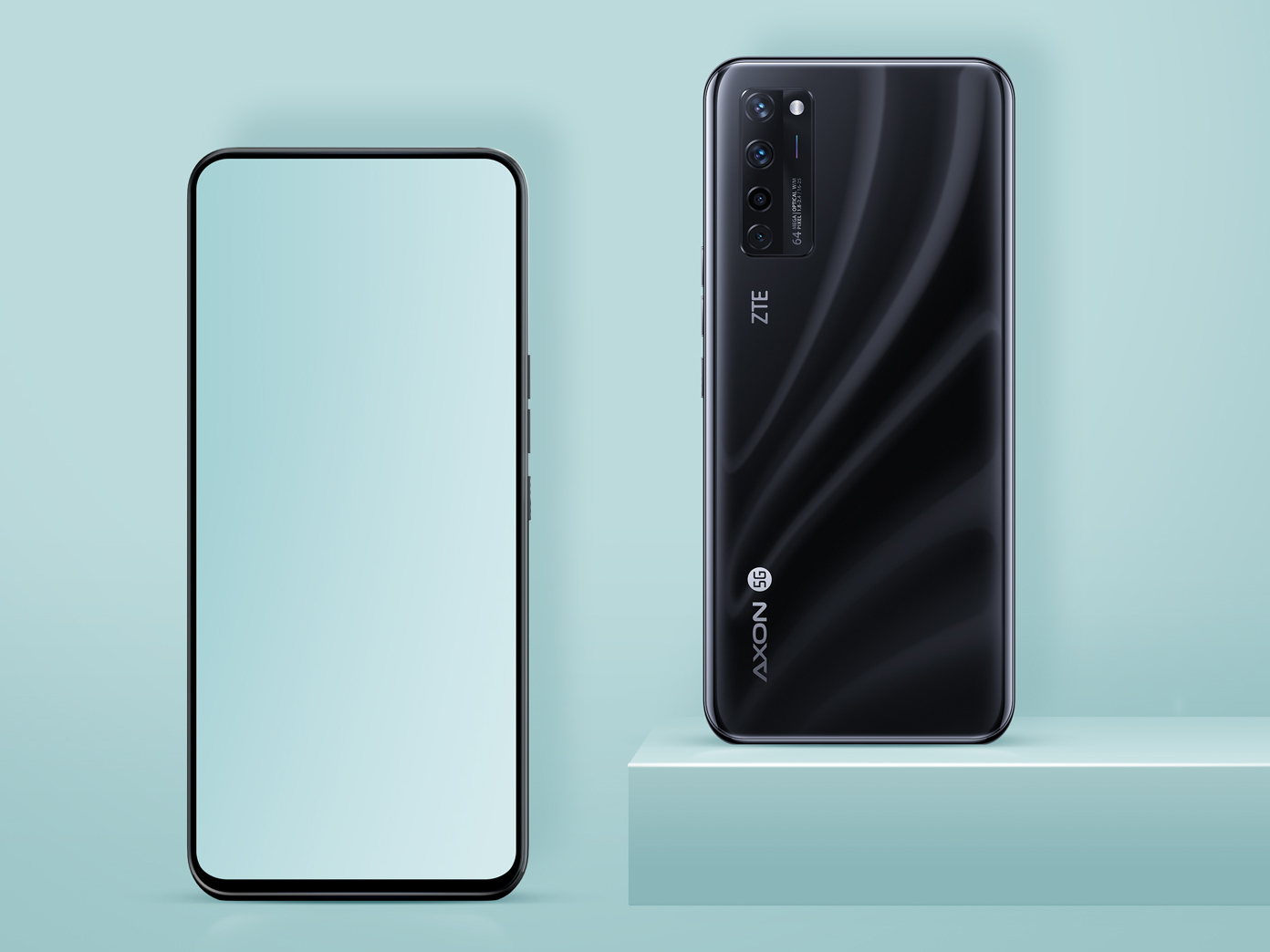 ZTE’s official renders of the device claim the camera is completely invisible, which can’t be right. It’s standard practice to not make any attempt at a realistic-looking pixel display in these renders, but in this case, that’s a big deal, since the display should look slightly darker above the camera. With COVID cutting down everyone’s ability to travel, there isn’t much in the way of live footage of the phone, either. ZTE posted an official live video to Weibo that really goes out of its way to never linger on a close-up shot of the camera, which is highly suspicious given the camera is the phone’s only headline feature. The best footage we can find right now is a YouTube unboxing from AmazTech, which at least takes the time to scrutinize the sensor location. AmazTech doesn’t have the sharpest video quality on Earth, but it doesn’t seem like ZTE has a lot to hide: the camera is still hard to spot. I would still like a better look at the screen, particularly with lower brightness levels, but so far it looks amazing.

Covering the fancy new camera tech is a 6.92-inch 2460×1080 OLED display. The base model phone has a Snapdragon 765G SoC, 6GB of RAM, 128GB of storage, a 4220mAh battery, and a bunch of other unremarkable specs. ZTE lists Chinese prices starting at ¥2198 ($321). Huawei gets all of the “banned in the USA” headlines, but ZTE isn’t welcome in the United States either. That means you shouldn’t expect much in the way of distribution.

Although Chinese manufacturers usually get the jump on new technology like this, everyone picks from the same parts bin. So you can expect to see under-display cameras from most major Android manufacturers in the next year or two. This also means we’re rocketing toward the age of the completely invisible camera, a privacy-nightmare world where any device with a screen could secretly be recording your every movement.